Home World discovery in Egypt of what would be "the oldest" brewery in the...
World 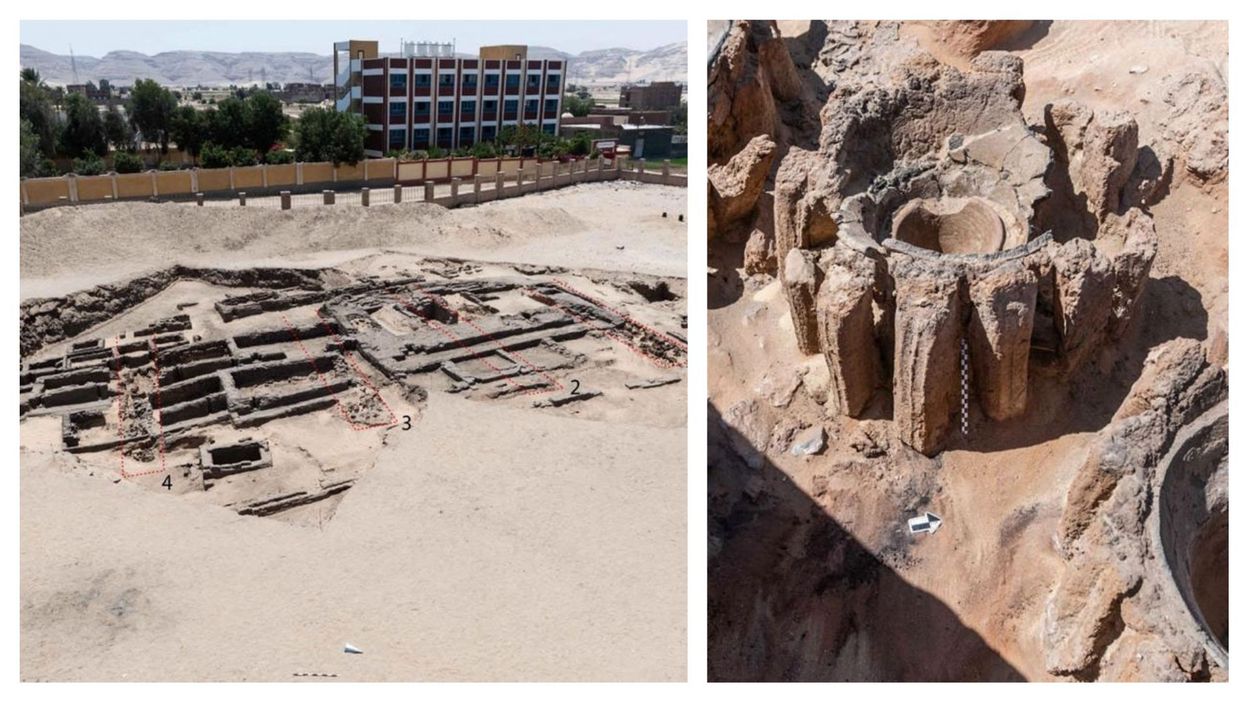 A large-scale production brewery, which would be “the oldest“in the world, was discovered in Egypt by an Egyptian-American team at the archaeological site of Abydos (south), the Ministry of Tourism in Cairo announced on Saturday.

Beer, a favorite drink of ancient Egypt, was brewed at this funeral site, according to the statement released by the ministry on its Facebook page.

“The Egyptian-American Archaeological Mission, led by Matthew Adams of New York University and Deborah Vischak of Princeton University, has discovered what appears to be the world’s oldest large-scale production brewery“, the statement said.

The beer factory “probably dates back to the era of King Narmer“, indicated the secretary general of the General Council of Antiquities of Egypt, Mostafa Waziri, quoted in the text.

Narmer is the first king who united Upper and Lower Egypt. He ruled over 5,000 years ago and is considered by some to be the founder of the First Dynasty of Pharaohs.

British archaeologists had made discoveries in the early 20th century that led them to believe that an ancient brewery was in the area but they had not been able to locate it precisely.

The Egyptian-American team succeeded in doing so.

According to Mostafa Waziri, the brewery was made up of eight large areas used as “production unitsEach area contained about 40 large terracotta basins arranged in two rows.

A mixture of grains and water was heated in the containers, “installed vertically in the form of rings“, according to the same source.

Dr Adams said in the statement that studies showed that beer was produced there on a large scale with some 22,400 liters produced “at the same time“. Brewery “could be built there specifically for the royal rituals that took place inside the burial sites of the kings of Egypt“.

The evidence for beer-making in ancient Egypt is not new.

Fragments of pottery used by the Egyptians, more than 5,000 years old, including large ceramic basins that were used to produce beer, had been discovered on a construction site in Tel Aviv, announced in 2015 the Israel Authority of Israel. Antiques.

Read also : The sarcophagi of ancient Egypt as a driving force behind the tourist revival

Known for its temples, the archaeological site of Abydos, in the province of Sohag, has unveiled many treasures over the years.

Egypt has announced major archaeological discoveries in recent months and hopes that they will revive tourism, a key sector undermined today by the coronavirus pandemic.

Receive the main news every morning.

OK Do not show again ×

The feline infiltrated the plant on the night of Friday to Saturday and managed to enter the secure area. His incursion...
Read more
World

A dissolution procedure has been initiated in...
Read more
World

Germany closes its borders despite criticism from the EU

At the Kiefersfelden border post between Germany and...
Read more
World

he did not survive his mishap

Procedure for the dissolution of the far-right anti-migrant group Identity Generation: “They push the plug each time a little further”

"Identity generation: the dissolution procedure is underway," tweeted the minister, adding that the organization now had ten days to make its arguments....
Read more
World

Resignation of a spokesperson for Biden who threatened a journalist

TJ Ducklo, 32, who was part of Mr Biden's campaign team, joined the White House after the presidential election, becoming a deputy...
Read more