tension mounts in prisons after a year of restrictions 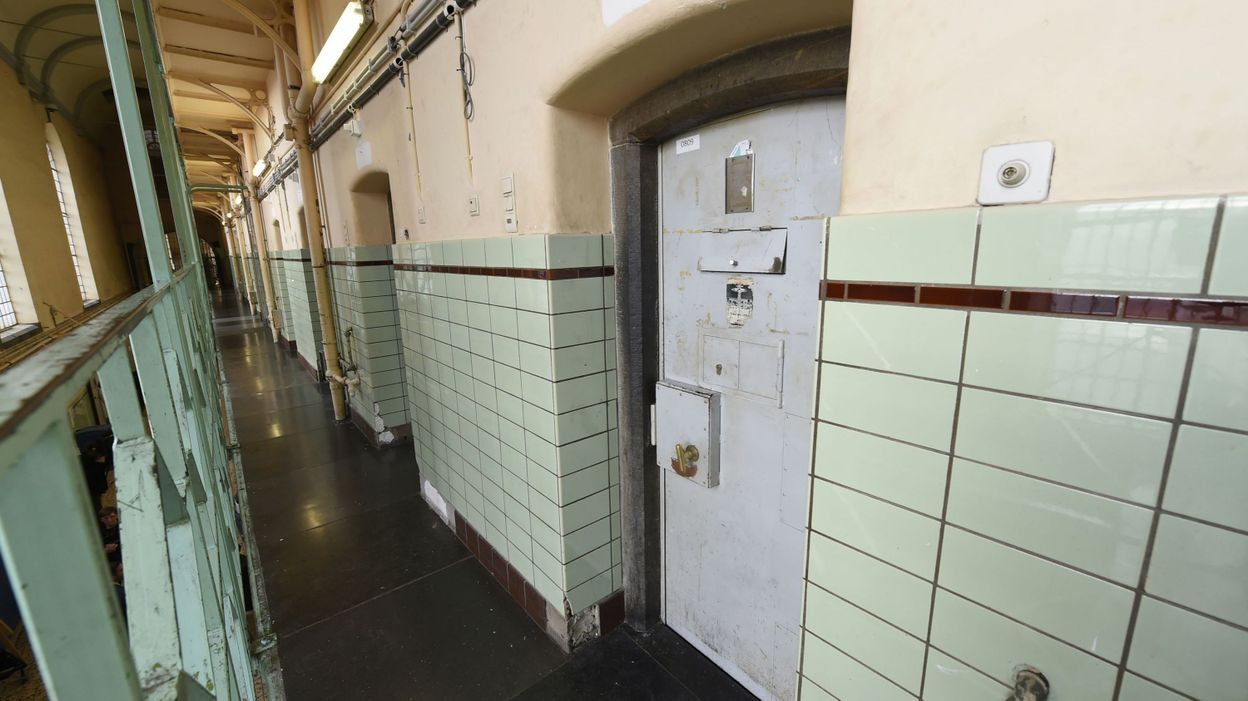 The unions have filed for next Monday February 8 a strike notice for all prisons in Belgium. At issue: the decision of the prison administration to soften the rules for visiting detainees. The agents fear to be contaminated. The detainees and their families consider themselves despised by some of the guards, “which establish health restrictions beyond those imposed on the outside, and which they themselves are far from respecting”. After almost a year of covid, inmates and their families are at their wit’s end.

Children admitted but forbidden to kiss them

Since February 1, children aged 12 to 15 can go to visits again, in accordance with the health measures in force, specifies the spokesperson for the prison administration, Valérie Callebaut, ” to know behind a plexiglass screen and physical contact is prohibited “. The visitation regime is adapted by the prison administration due to the extension of the measures until March 1.

“These are adaptations which are important for the well-being and family contacts of prisoners”, indicates administration. For the Permanent Secretary of Justice of the CSC, Claudine Coupienne,“the visits are a source of spread of the virus and endanger the health of prison staff”. The unions accuse the administration of “take unilateral decisions, without giving us time to consult our base”.

Free pettiness on the part of some supervisors

Maryse Boulanger is the mother of an inmate and spokesperson for the Collective of Prisoners’ Relatives. She receives many testimonies from women, companions, mothers. “For some, a visit requires long hours without eating or drinking. The journey is sometimes long to get to the prison, there are no cafes or restaurants open to be able to have a snack, a drink, or just go to the bathroom. , and in prison, they do not have access to amenities “.

Some have given up coming with their children when it is permitted. “How do you make a child of a few months understand that he cannot touch his father?” In mid-January, in Ittre, a supervisor refused to allow a mother to heat her baby’s bottle “. This episode would explain the scuffles that followed. “Another time, a mother and her 12-year-old daughter on the day of the visit were not allowed to enter because children over 12 were not admitted.” Maryse Boulanger speaks of gratuitous pettiness, and even of contempt on the part of certain prison officers. Especially since these agents are far from respecting the sanitary instructions for themselves.

The torment of Tantalus for couples

Cindy is 35 years old. Ex-prisoner, she visits her companion, imprisoned in Leuze prison, as soon as she can. The currently authorized visit takes place in a large room, at the table, face to face, and separated by a plexiglass. “There are guards who don’t wear masks. They hold hands or kiss each other but prevent us from making any contact, even with our feet under the table.” In case of contact, even minimal, the detainee is sanctioned by isolation. Some prisoners still prefer to be punished but to be able to kiss their child or stealthily hug their partner.

It has been months since Cindy and her companion have been able to benefit from an “HS”, an unsupervised visit, two in a room. “People imagine it’s for sex, but no, it’s above all to hug, kiss, caress out of sight, just have a little privacy,” says Cindy . Some prisons would be more understanding than others, according to Maryse Boulanger. ” AT Jamioulx, for example, couples can kiss “.

The frustration of isolated prisoners

Alain is 40 years old and did 5 months of preventive care last spring at Arlon prison, at the start of the covid pandemic, “a dilapidated, rotten prison from another century”. As soon as he arrived, Alain was put in a fortnight, alone 24 hours a day, with nothing, not even his own clothes, only the television. Then, visits were allowed according to the sanitary rules of the prison administration. But the organization depended on the prison.

“We were also entitled to virtual tours, but the appointments were fixed by the agents”Vincent remembers. “And there were only two computers, outdated. If the connection didn’t work, or the person didn’t answer directly, you lost your turn. It was very frustrating.” Depending on the evolution of the epidemic and health restrictions, the instructions for visits have varied several times. ” During one week, the circle of authorized persons has been widened to four people, this allowed me to see my parents only once “.

An administration caught between two fires

The prison administration therefore adapts the instructions according to government measures and tries to make the life of inmates already deprived of work and usual activities more flexible. Valérie Callebaut, her spokesperson, emphasizes that “questions related to the regime such as visits fall under the direct competence of the prison directors, nevertheless the opinion of the unions is still requested”.

But for Claudine Coupienne, permanent justice secretary at the CSC, for whom “Announcing a relaxation of measures on Friday to come into force on Monday and give unions 24 hours to react, is not going at all.” The trade unionist specifies : “We are here to defend the safety and health of prison officers, not that of detainees. Adults and children outside are also subject to life restrictions to avoid any contagion. So this must also apply to them. visiting children. “. Consultation meetings are planned.

Facebook
Twitter
Pinterest
WhatsApp
Linkedin
ReddIt
Email
Print
Tumblr
Telegram
Mix
VK
Digg
LINE
Viber
Naver
Previous articleSharp decline in freedoms in 2020 in the world: Belgium appears in the category of “failing democracies”
Next articleThe epidemic is on the rise on the perfume island: Mayotte: more than 1,100 cases in one week, an incidence rate of 404

The three reasons why Eyraud was removed

The departure of Jacques-Henri Eyraud from the post of president would have three causes. The first would...
Read more
Breaking News

The inhabitants of Alsace Bossue worried by the Moselle

Germany demands a test at the border with the Moselle, France calls for more flexibility

French Secretary of State for European Affairs Clément Beaune invoked the case of cross-border workers, while Germany this Sunday classified the Moselle as a...
Read more
Breaking News

“The environment is the big unthought of the cancer plan”

“From Jimmy Neutron I went to Shrek”

Saturday February 27, Greg Yega, candidate of the Marseillais in Dubai, shared an Instagram story in which his face is all swollen. Disfigured,...
Read more

the test of the most technological limousine